The student press has always been active at UPEI and to celebrate the 50th anniversary, we've digitized the newspapers to make them accessible. The newspaper content is stored in our IslandNewspapers.ca site, so when you select one of the titles below it will open in a new website. 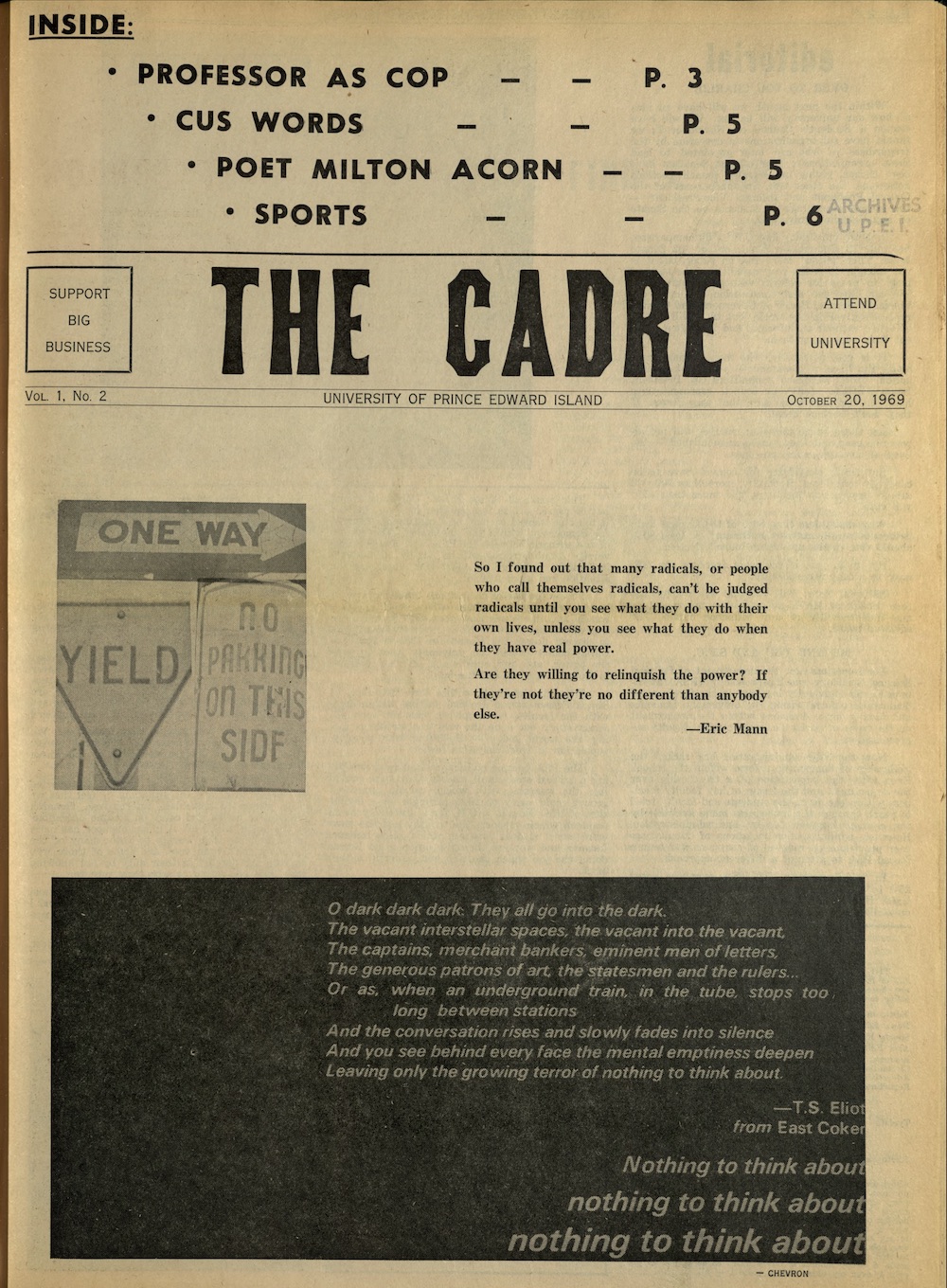 The Cadre began publication on October 3, 1969. It was the successor to the Prince of Wales' College Times and the St. Dunstan's University Red and White, both of which institutions were amalgamated to form U.P.E.I. in 1969. The Cadre printed U.P.E.I. news and sports, news from other universities and strongly worded articles on current social issues. Photographs were printed in every issue. The Cadre supported student rights, sexual freedom and women's liberation. It attacked capitalism, Christianity and the Canadian university system. Issues of particular concern included unemployment, inflation and the high cost of tuition. The Cadre became less radical and critical towards the end of its publication history. It was succeeded by the UPEI Sun in the fall of 1977. 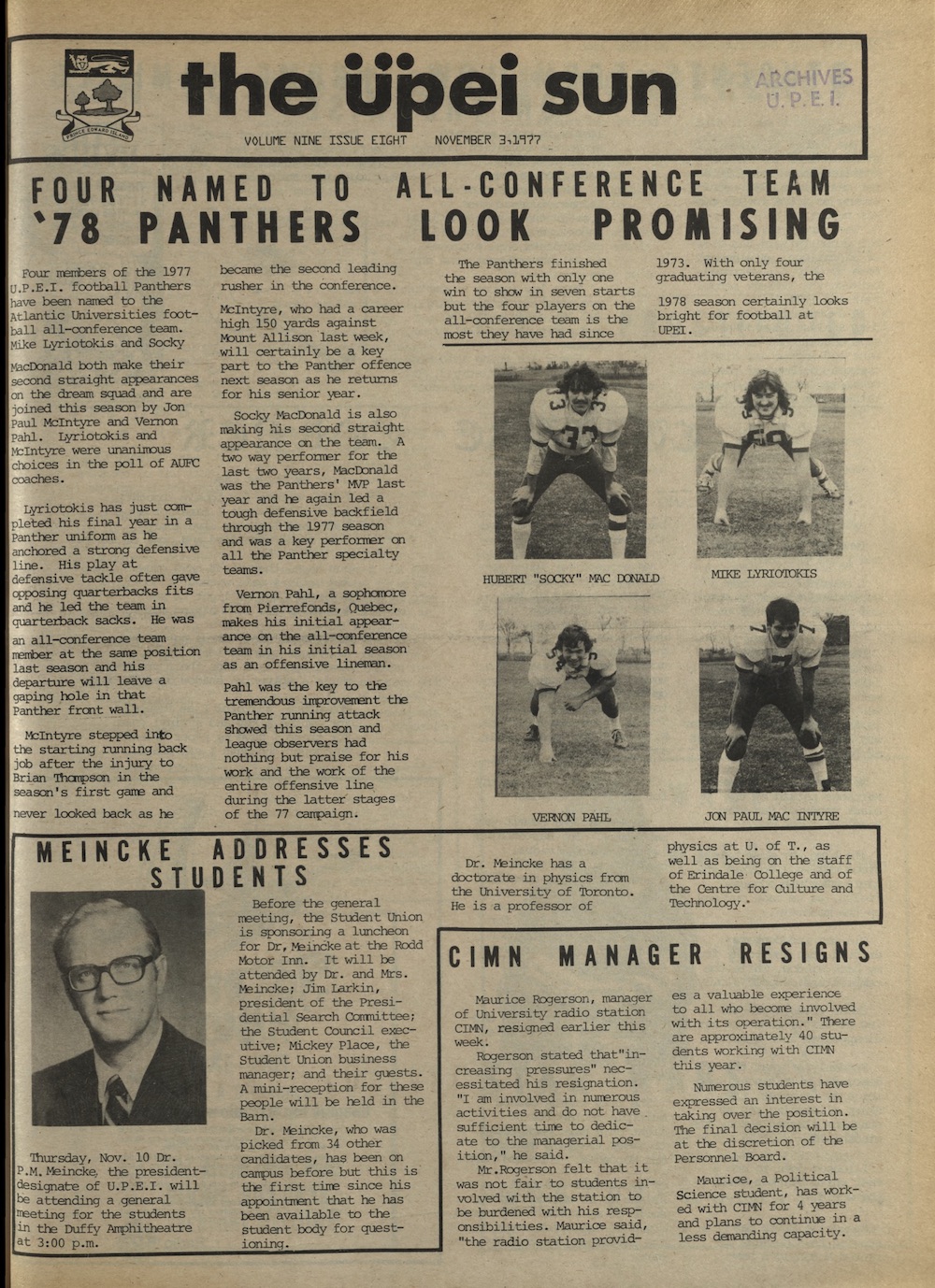 The UPEI Sun began publication in 1977, the successor to The Cadre. It published university news, including reporting on sports, entertainment, Student Council and student societies. Feature articles expressed dissatisfaction with student loans, high tuition fees, low government funding for universities and unemployment. Photographs and cartoons appeared in the paper. The UPEI Sun was succeeded by the Netted Gem in 1983. 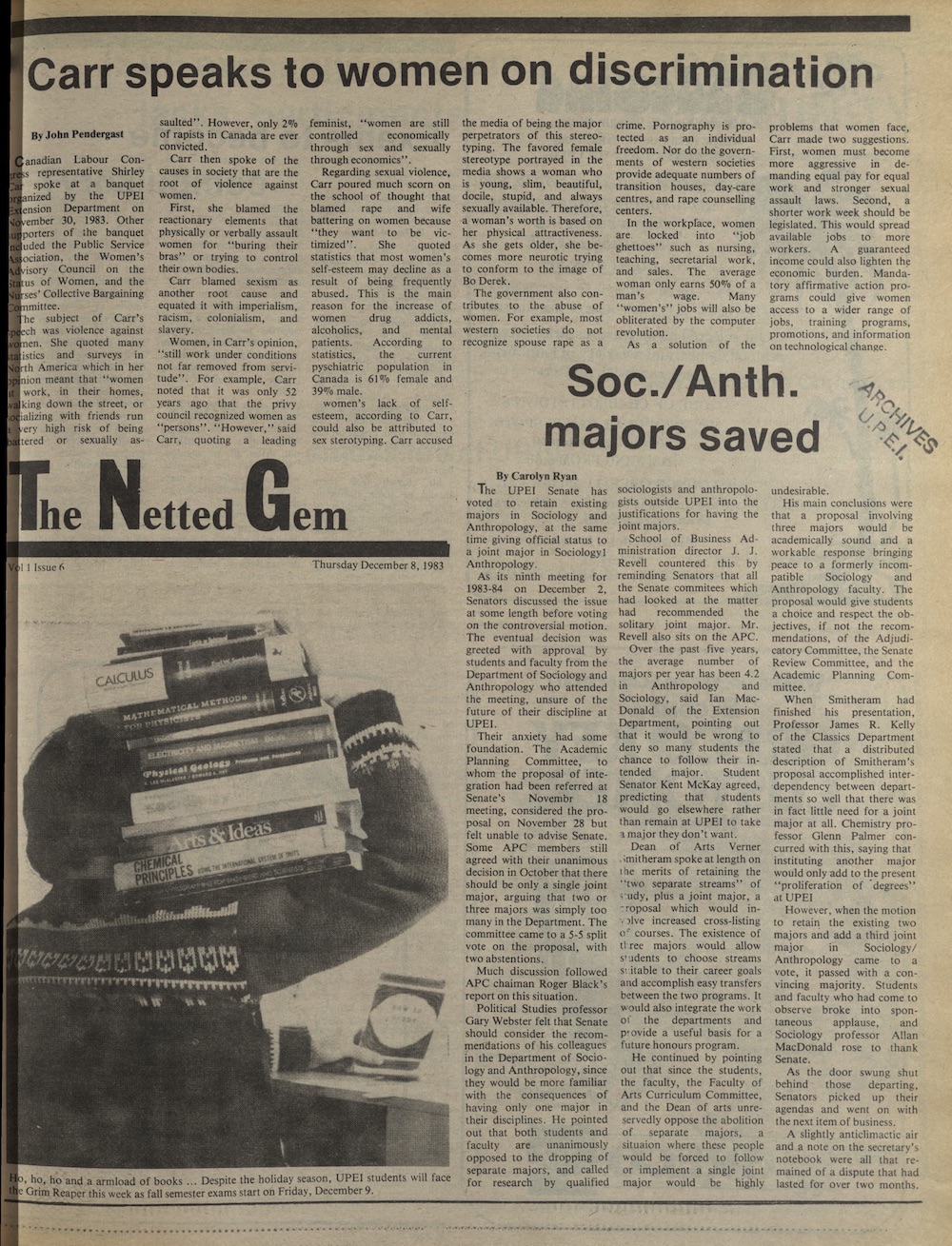 The Gem, the student newspaper of the University of Prince Edward Island, was founded on November 3, 1983. It was the successor to the UPEI Sun. U.P.E.I. news, news from other universities, sports, humour and feature articles were all printed in the Gem. Issues of concern included student loans, high tuition fees and unemployment. The Gem also protested against smoking, sexism and conditions in the Third World. Photographs were printed in every issue of the paper. The Gem was succeeded by the Cadre in 1990.

We are also working on making the following student newspapers available: